Two victims told authorities that Lewis III, a sophomore cornerback for the Coastal Carolina University football team, sexually assaulted them on Saturday, Jan. 23, at an apartment near campus, according to police records
Lewis, 20, turned himself into the police on Friday, according to a WMBF News Report. His arrest warrant alleges knowledgeable sexual battery of an 18-year-old female who was incapacitated from the use of drugs and/or alcohol. 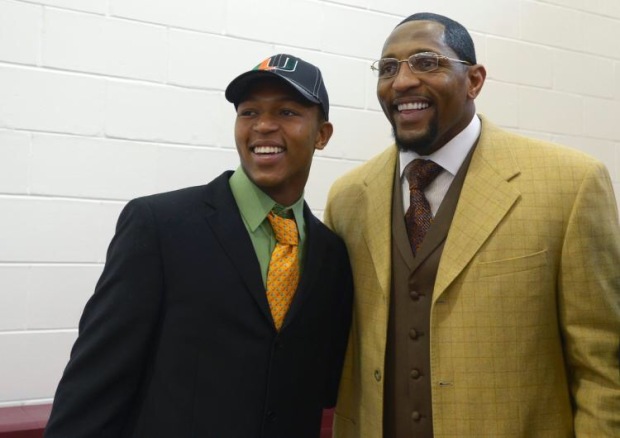 Lewis III played at the University of Miami, his father’s alma mater, for two seasons before transferring to Coastal Carolina last year. In 12 games in the 2015 season, Lewis III was credited with 14 tackles.