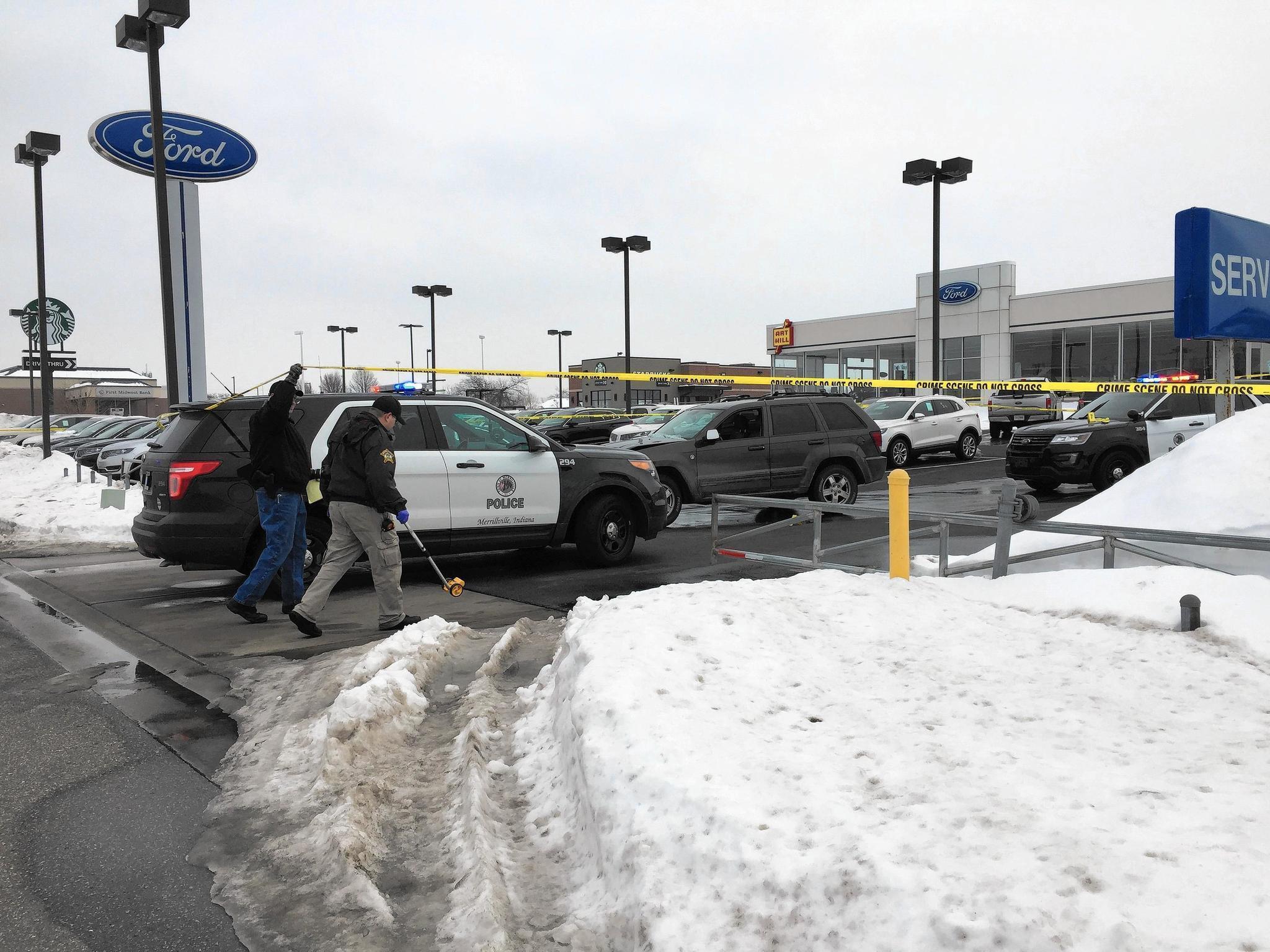 MERRILLVILLE — A suspect accused of entering a car dealership armed with a knife Wednesday is dead following an officer-involved shooting at Art Hill Ford Lincoln dealership on U.S. 30, authorities have confirmed.

Merrillville police were called out at 11:38 a.m. to Art Hill Ford Lincoln, 901 W. Lincoln Highway, after receiving a 911 call that a man was armed with a knife and “chasing an employee” inside the dealership, Mance said.

A traffic stop was conducted, during which Terry was shot by police, Mance said.

In an effort to preserve the integrity of the investigation, Mance declined to say what factors led to the police-involved shooting, saying there were several witnesses who are being interviewed.

Mance confirmed Terry was armed with a knife when he was shot. He was taken to Methodist Hospitals Southlake Campus in Merrillville, where he was pronounced dead.

The coroner’s office said Wednesday afternoon Terry died from gunshot wounds in a homicide. He was pronounced dead at 12:12 p.m. at the hospital.

Officers with the task force, the Merrillville Police Department and Lake County Sheriff’s Department gathered at the scene just after noon Wednesday.

A dark-colored Laredo Jeep with a South Dakota license plate was parked in front of the dealership entrance. At least one shell casing and several other items were identified at the scene with yellow evidence markers.