The former Chicago police officer convicted in the murder of a black teenager who was shot 16 times as he walked away was sentenced Friday to 6 years, 9 months.

Jason Van Dyke’s punishment was far less than the minimum of 18 years that prosecutors were seeking, although state sentencing guidelines allowed for as many as 96 years or more — the equivalent of six years served consecutively for each shot.

A jury in October found Van Dyke, 40, guilty of second-degree murder and 16 counts of aggravated battery in the death of Laquan McDonald, 17.

On the night of the shooting in October 2014, Van Dyke and other officers were responding to reports that McDonald was carrying a knife and breaking into cars in the city’s Southwest Side. Van Dyke at his trial testified that he feared for his life when he encountered the teenager, who was holding a folded knife. 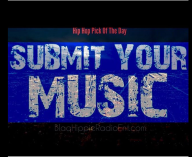 But dashcam footage showed that Van Dyke was moving closer toward McDonald, while the teenager was veering away from officers in the middle of the street.

McDonald’s death sparked racial tensions, a federal investigation and political upheaval in the city, and the video was released following intense public pressure and calls from activists for police accountability.

The last time a Chicago police officer was convicted of murder for an on-duty killing was more than 50 years ago.

Van Dyke’s defense team had requested probation for the 13-year veteran of the Chicago Police Department, and submitted more than 100 letters from family, friends and co-workers who noted he had no prior criminal record and deserved leniency.

At the sentencing hearing, the Rev. Martin Hunter, McDonald’s great uncle, spoke on behalf of the family and read a letter that was written as if McDonald had penned it.

“Please think about me and about my life when you sentence this person to prison,” Hunter read. “Why should this person be free, when I am dead forever?”

The prosecution also highlighted complaints against Van Dyke for allegedly using excessive force and featured testimony from minorities who claimed he abused their civil rights during arrests.

Edward Nance, who won a $350,000 civil judgment after his arrest by Van Dyke and his partner during a 2007 traffic stop, cried on the stand as he explained how he was manhandled and remains “in constant pain, every day” from the incident.

Despite about 20 complaints against him, Van Dyke was never disciplined during his career.

His sentencing came a day after three Chicago police officers were found not guilty of conspiring to protect him following the shooting — a case that drew attention to a “code of silence” that has long plagued the department.