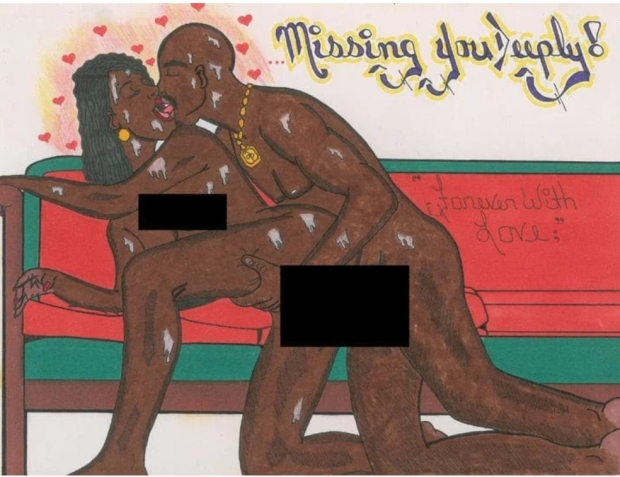 Tupac’s sexual fantasies are now another man’s treasure because the rapper’s hand-drawn love letter to his girlfriend just sold for more than $21k at auction.

Tupac’s rare prison drawing to his GF received plenty of attention — and not just because it depicts Tupac and Desiree Smith getting it on doggy style — earning 10 bids during the Steiner auction.

As we reported … Tupac’s NSFW art also included the hand-decorated envelope and love letter he sent to his girl in 1995, when the rapper was incarcerated at Clinton Correctional Facility in Dannemora, NY.

No word on if the auction winner’s favorite Tupac song is “How Do U Want It.”