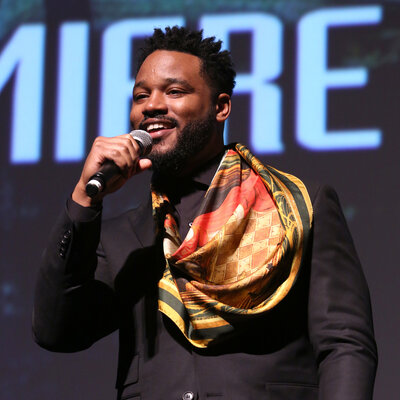 As a kid in Oakland, Calif., Ryan Coogler hung out at a comic book shop near his school, reading about superheroes who looked nothing like him.

“As I got older, I wanted to find a comic book character that looked like me and not just one that was on the sidelines,” Coogler says. “And I walk in and ask the guy at the desk that day, and say, ‘Hey man, you got any comic books here about black people, you know, like with a black superhero?’ And he was like, ‘Oh, yeah, as a matter of fact, we got this one.'”

That guy handed him a copy of Black Panther. And today, Coogler is the director of the Marvel movie adaptation about T’Challa — the king of fictional African nation Wakanda — who dons a super-science-powered suit to protect his people.

This superhero movie is actually a new challenge for Coogler, who’s only 31 years old. He got a ton of praise for his first film, Fruitvale Station, about an unarmed black man killed by a transit cop in Coogler’s hometown of Oakland. Then, he directed Creed, the latest Rocky movie — and now, Black Panther, which many hope will be a cultural turning point. 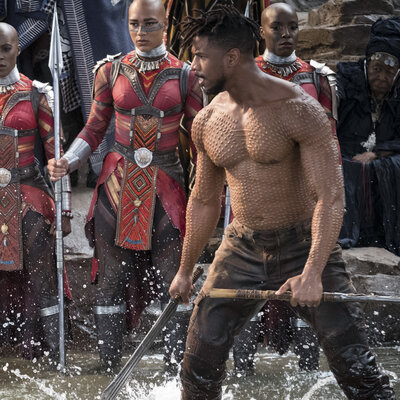 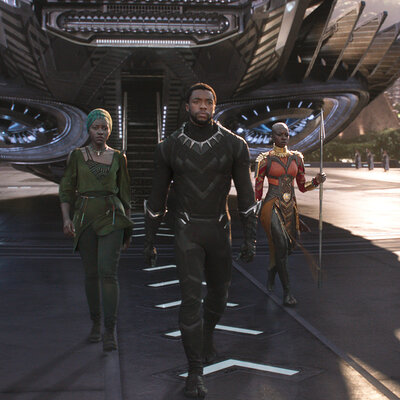 And Coogler says he’s feeling the pressure of those expectations. But, he adds, “for me, the pressure’s always been there, ’cause I’m in a career that’s unexpected, in terms of where I’m from and what I look like, you know, how old I am. So I’ll always feel pressure. I’ll always feel like I’m up against odds that are kind of insurmountable and, ‘Man, if I don’t get this right, I might not ever work in this town again.’ But you kind of got to tune that stuff out.”

On travelling to Africa to research the film

On the importance of Black Panther having his own movie

For one, like, this medium of superhero films and this blockbuster medium, it’s just myth-making but on terms that are current. That’s why these movies make a lot money. That’s why people talk about them, you know what I mean, people dress up as them. 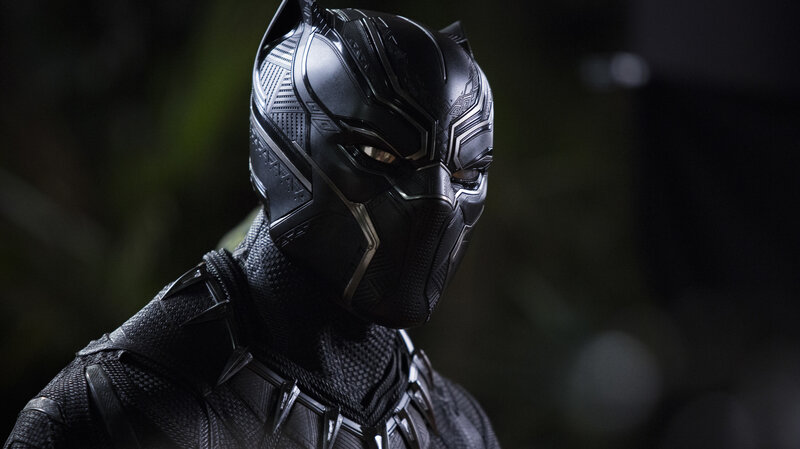 You look at any society in any period of time, they had their version of how they did their myth-making. Whether it was vaudeville, whether it was plays, whether it was on the plains of Africa … Right now, it’s these big, huge, large-canvas films.

And there’s a massive audience — not just of people of color but everybody — who wants to see different perspectives in this myth-making. They want to see something fresh, they want to see something new, but also feels very real. You walk around in this world, and you see people who look like me — all the time. I’m from the Bay Area man, where we’ve got a very successful basketball team right now. The Golden State Warriors run out there, run up and down the court, [and] it’s a bunch of black dudes. But everybody in the stadium — even though it’s in Oakland — there’s very few black people in that stadium. But everybody’s wearing they jerseys and experiencing the emotions that they feel. You know, when Steph Curry hits a shot, it’s a little white kid or a little Asian kid in there that feel like they just made the shot.

On the state of representation in entertainment

I mean, there was a time in sports when black people weren’t allowed to play on professional teams, you know what I mean. You go down the line in every sport, there was a time when it was like a crazy idea to let a black person run out there and put a jersey on. You know, it was a time when professional teams would say, “We won’t make any money if we put a black person out there.” You know, it took that one to happen and then they looked around and was like, “Wait, we’re making more money — we gotta do this more. Oh yeah, people will cheer for a person who doesn’t look like them.” I mean, I know I watched superhero movies and did all the time. 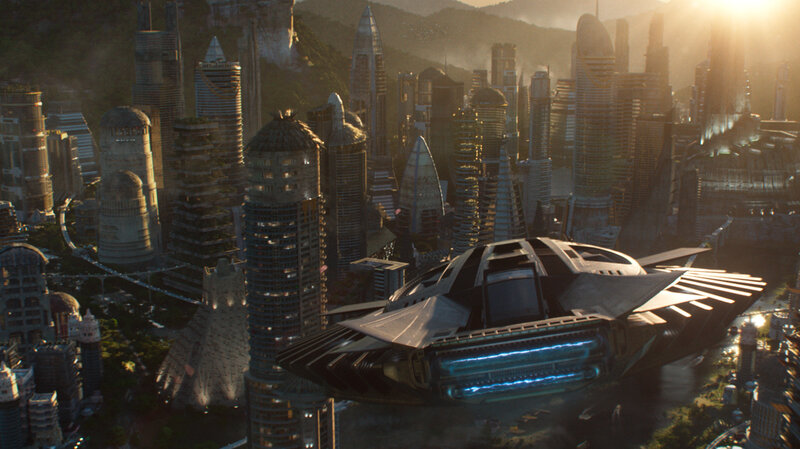 The Talon Fighter flies over Wakanda in Black Panther.

On the creation of Wakanda

Stan Lee and Jack Kirby, who invented the character and invented Wakanda, they were two Jewish-American artists who were in the States — in New York — and pulling from the things that they were seeing around them to make these stories. I’ve met Stan Lee, and I know that he was tapping into the zeitgeist, purposefully, of what he saw African-Americans and people all over the world going through. He kind of came up with this pulpy concept, and … when you really think about it, man, it is something that’s based on circumstance. Like it’s fiction, that has base in reality. Africa’s a continent that’s known for its resources, you know. It’s very rich in terms of any kind of resource that you can get out of the ground that has value. You’re going to find it in abundance somewhere on that continent, whether it’s oil, whether it’s rubber, whether it’s gems or precious metals. 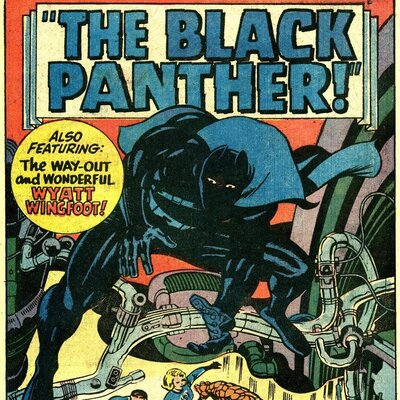 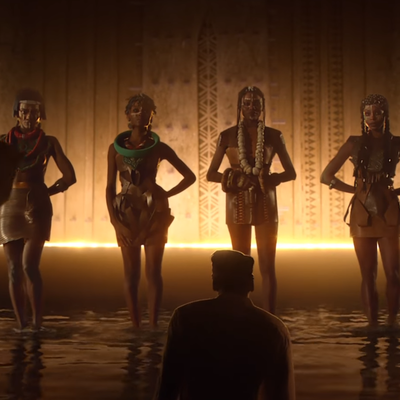 That said, Stan Lee and Jack Kirby, they were aware of all these things. And they tapped into something when they said “Man, what if that never happened to a place? What if a place had something really cool, had a cool mineral, you know, had a coltan, had a gold, had a diamond and they never were conquered and they found a way to manipulate it, and stay separate from the world and grow and become great?” And … found a way to maintain that, what kind of conflict would that bring about? You know, it was Afro-futurism. It was all these great things that amazing writers have built on, and built on, and built on, in the 60 years since they did that. 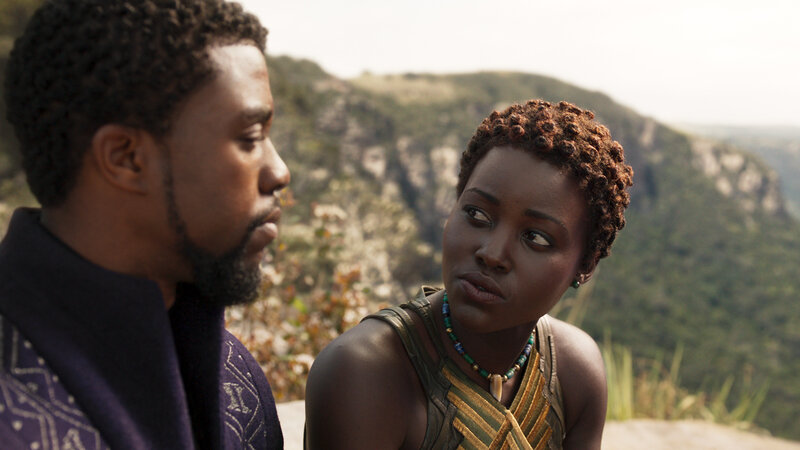 On filming Black Panther from the perspective of Wakandans

I think perspective is everything — perspective and proximity to whose story you’re watching, it’s one of the gifts that cinema has. Like for me, I never left the country until I made a film that got into a festival that was outside the country. How I used to travel was through watching movies, and I like the movies that put me right on the ground. I like City Of God, I like Un Prophete, you know, these films that put you like right in the zone. You’re experiencing it with the people who it’s about.

On whether he feels like he can go back to making smaller, indie films after Black Panther

Yeah, I mean I think intimacy can be achieved in a film on any budget. I feel, personally, like I have some of my most intimate scenes I’ve ever made in this movie. You know, I just want to make films that resonate with me, that are interesting to me, that deal with themes that I’m passionate about.

Like, I mean this movie brought me closer to my roots. This movie took me to the continent of Africa, which is somewhere I wanted to go since my mom and dad sat me down and told me I was black, you know what I mean? So I hope to make movies that’ll challenge me as an artist and as a person. That’s really what I hope to do.

Ann Gregory (July 25, 1912 – February 5, 1990) was an African-American amateur golfer. Black newspapers had called her “The Queen of Negro Women’s Golf.” As stated in Arthur Ashe’s book, Hard Road to Glory, many observers called Gregory the best African-American female golfer of the 20th century.

Gregory learned to play golf while her husband was away serving in the Navy during World War II. In 1948 Gregory won a tournament in Kankakee, Illinois, during which she defeated former United Golf Association champions Lucy Mitchell, Cleo Ball, and Geneva Wilson. In 1950 she won the Sixth City Open in Cleveland, the Midwest Amateur, and the United Golf Association’s national tournament, as well as tying the women’s course record at a Flint, Michigan tournament. On September 17, 1956, she began competing in the U.S. Women’s Amateur Championship, thus becoming the first African-American woman to play in a national championship conducted by the United States Golf Association.
Because she was African-American, Gregory was denied entry into the player’s banquet at Congressional Country Club in Bethesda at the conclusion of the U.S. Women’s Amateur in 1959. Also, in Gary, Indiana, African-Americans were banned from playing the South Gleason Park Golf Course. However, in the early 1960s, Gregory played that course, stating, “My tax dollars are taking care of the big course and there’s no way you can bar me from it.” She was followed by other African-Americans who played the course soon after her, and the ban was ended.[5] In 1963, Gregory was mistaken as a maid by Polly Riley, another contestant at the Women’s Amateur in Williamstown, Massachusetts.
In 1971, Gregory was runner-up at the USGA Senior Women’s Amateur, making her the first African-American to finish as runner-up in a USGA women’s competition.
In 1989, at age 76 and competing against a field of 50 women, she won the gold medal in the U.S. National Senior Olympics, beating her competitors by 44 strokes.
In all, during her career, Gregory won nearly 300 tournaments.
Gregory was also the first African-American appointed to the Gary [Indiana] Public Library Board, which occurred in 1954.
A granite marker in Gregory’s memory stands at the sixth hole of the South Gleason Park Golf Course in Gary, Indiana.[4] She was inducted into the United Golf Association Hall of Fame in 1966, the African American Golfers Hall of Fame in 2006, the National African American Golfers Hall of Fame in 2011, and the National Black Golf Hall of Fame in 2012.
In 2000, the Urban Chamber of Commerce of Las Vegas began the Ann Gregory Memorial Scholarship Golf Tournament, which lasted seven years.